Architectural Designs You Can Find in Maryland and DC

If you’re looking for the quintessential DC experience, a tour of the area’s architecture is a must. Home to some of the country’s most noteworthy designs, this city boasts all kinds of architectural styles – from sleek, modern spaces to intricately decorated townhouses and everything in between. Whether you’re traveling with family or on your own, there’s sure to be something here that matches your taste and style. From row homes to sprawling mansions, DC has something for everyone when it comes to homebuilding. Plus, with so many iconic locations and landmarks within its borders, there really is no more perfect place for architectural exploration. Let’s take a look at some of the design styles that you may encounter around the aea.

The Victorian Style of Houses in DC 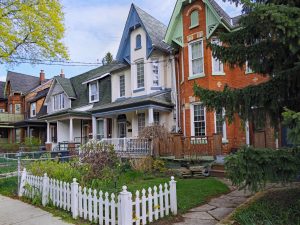 The diversity of architecture found in the District is on full display with Victorian homes and buildings that date back to different eras. There you will find gothic revivals or other styles just as recognizable for their unique features like multiple stories tall windowsill turrets decorating each facade suggesting patience while also hinting at what’s inside these old structures waiting patiently behind closed doors…

Inside, you’ll often find sweeping, curved staircases, high ceilings, and ornate details. Small nooks were quite common, and most featured at least five bedrooms and a carriage house. You will find some of the most breathtaking examples in Columbia Heights, Georgetown, and Dupont Circle. 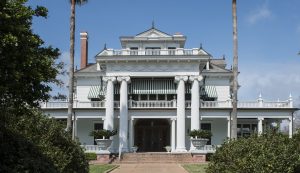 The Beaux-Arts architectural style is a product of the Renaissance movement and can be seen in DC’s architecture. It has characteristics such as symmetry, formality with grandiosity to it – which are all words that describe this type or design. typical features include columns around balconies where there would usually be lights hung from inside; balustrades over stairs for extra safety during rainstorms by preventing leaks below ground level plus they make an impressive appearance when lit up at night time too!

In history, examples of this style include the Roman Arches and the Paris Opera house. In DC, check out Union Station, the Library of Congress, and the Mayflower Hotel as well as many embassies and private mansions in the Kalorama neighborhood. 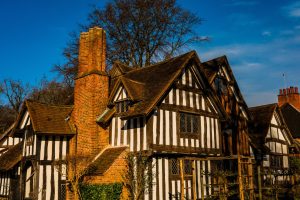 The Tudor style is a popular one, with its dark wood trim and pointed roofs. It originated in the UK during King Henry VIII’s time (1509 – 1547). The name comes from when people thought that bricks were used to build these types of buildings because they had no windows; however it was just architectural elements such as violins or carvings on them which gave off this appearance!

In DC, you will find beautiful examples of Tudor Revival architecture in the Northwest of the city, in Petworth, and Mount Pleasant. 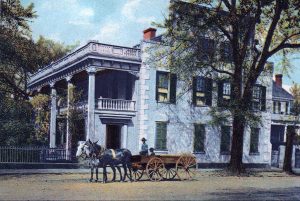 The colonial architecture found throughout the mid-Atlantic and Northeastern states is quite common. Some features include a balanced, symmetrical facade with ornate shutters framing windows or pillars that divide doors on each side of its center front door (depending upon what type you’re looking at). These two story homes often have paired chimneys as well!

You will find beautiful examples of colonial architecture in Bethesda, Fairfax, and Alexandria. 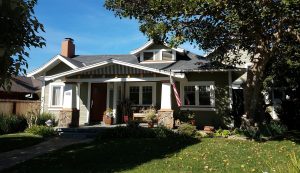 With its simple lines, well-made architecture and largely unadorned exterior appearances the Craftsman style rose to popularity in the mid 20th century. The focus then was on elevating craftsmanship of homes even further by removing modernism from furniture inside or outside.

The Mid-century Modern design aesthetic became prominent during a time when Americans were seeking simplicity over detail which influenced their surroundings through minimalistic approaches like those seen within building projects commissioned under proposals created before WWII began but not completed until after the Vietnam War ended.

The Craftsman home is a well-loved style in the DC area. This type of house has features like low roofs with plenty of builtin cabinetry, large fireplaces and deep eaves that make for cozy nights by your wood burning stove or outside on one those adorable covered porches! There are some particularly impressive examples around Kensington near Maryland where you can find this classic look painted onto brick walls just waiting to be admired at every turn.

An Architectural Tour of Maryland and DC

Whether you are just visiting the region, or you live in the Maryland, Virginia, or DC area, a tour of DCs architectural wonders is a must. In addition to the better-known government buildings, there are many beautiful neighborhoods to explore.

Book a guided design tour and enjoy a leisurely afternoon and let someone else do the driving while you take it all in.

If you are thinking about building a new home in Maryland or Washington, DC, Winthorpe Design & Build can help you design the home of your dreams. Reach out today to schedule a conversation.