Cathedral Ceilings And Reclaimed Items In A Large Remodel Project 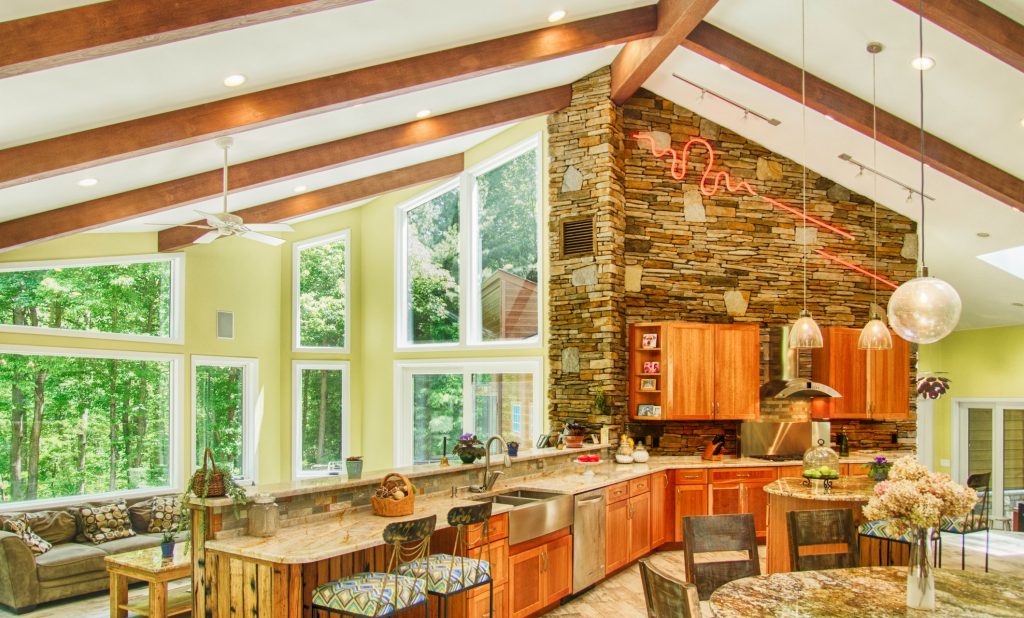 While working on a construction project, we were approached by a resident in the same neighborhood who was interested in undertaking a remodeling project. They asked if we’d come over to evaluate it and we agreed to take a look. They lived in a beautiful 50-year-old modern craftsman, some of it in need of an update.

Initially, the homeowners were interested in remodeling a couple of bathrooms, so we sat down with them to outline their desires and then drew up plans to their specifications. However, bittersweet news came during the inspection process. The roof was rotting and needed to be replaced. While no one wants the expense of fixing a roof, in this case, it was the catalyst for a remodeling opportunity.

The homeowners were already mulling over expanding their kitchen and were happy to make the necessary changes. They agreed to replace the roof with a redesigned version that would allow us to install a cathedral ceiling, which would really open up the space.

Now that they were considering bigger changes, they decided to take advantage of this time to make some more involved changes to the house.

So, we went back to the drawing board, returning with a full-scale CAD plan with elevated views for each area.

The master bedroom and the bathrooms all received makeovers, but the major focus was on the kitchen transformation. Outdated and cramped, the kitchen needed an expansion, a redesign of wasted space, an enlarged pantry, and a reworked hallway, all without disturbing the existing bank of windows.

Having grown up right next door, one of the homeowners wanted to preserve the vista of his cherished childhood stomping grounds. We were pleased to prioritize the meaningful views. As a bonus, they also took this opportunity to upgrade to professional-grade kitchen appliances. 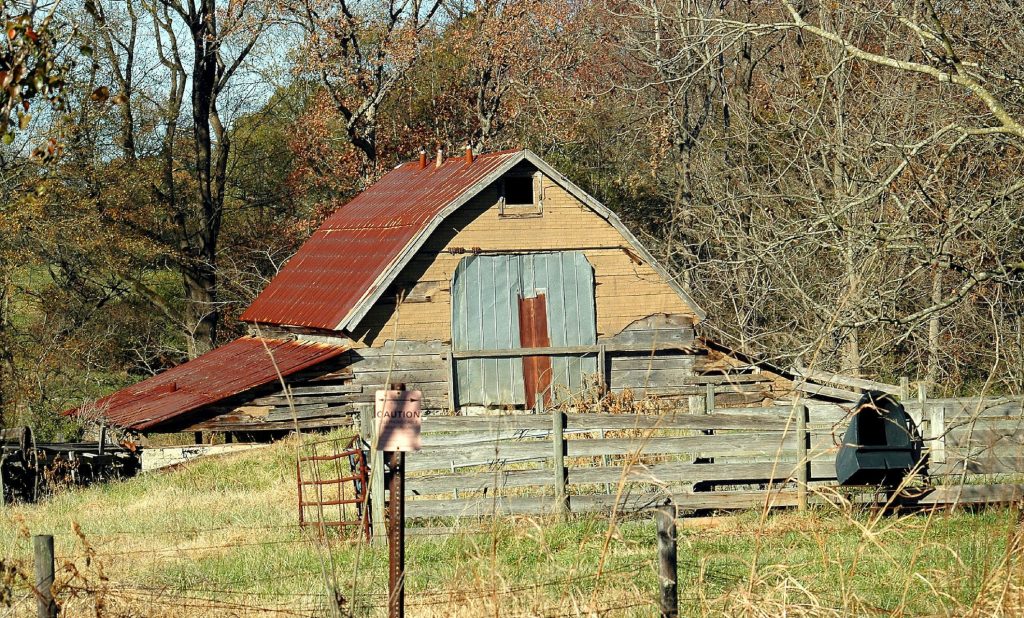 In addition to the excitement of new appliances and redesigned space, the family found they also had the chance to make use of some meaningful materials.

On their property, a decrepit, timeworn barn was falling down. Taking advantage of this windfall, we recycled the wood from the barn in several ways. By retaining the rustic patina of some of the wood, we created decorative wall panels. These turned out to be the perfect showcase for a sizeable fish the homeowner caught. Other boards were refinished for use in the kitchen island, a dining table, a coffee table, a bedroom barn door, and for wrapping some beams. By using this naturally aged wood in a variety of areas, we found it carried the theme throughout the house, tying everything together. This made the project a bit greener and the home more nostalgic. 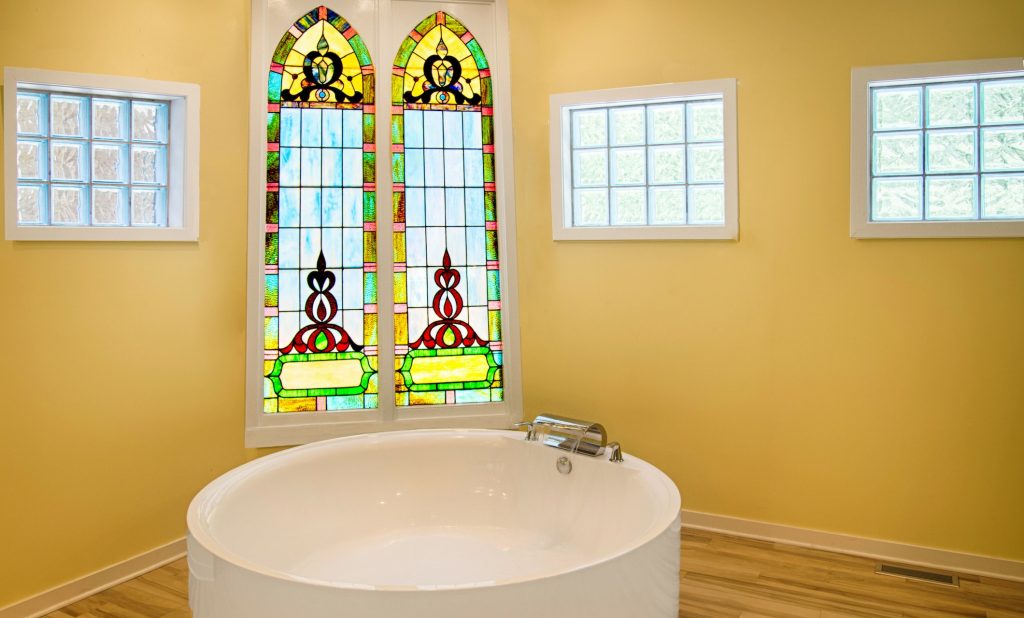 At the same time, a local church with special significance to the family was undergoing a renovation. The family was able to acquire some stained-glass windows from the church and wanted to find a way to use them in their house. We repurposed them as a dramatic focal point in the master bath, strategically angled to disperse sunlight. They’re so colorful, they make a bright, cheery statement the residents will enjoy every day.

It’s important to us that we’re sensitive to the comfort of our clients during any type of construction project. The family elected to live in the space while the renovations were underway. To keep things comfortable and efficient we set up separate working spaces to allow uninterrupted usability of the home during construction. This worked out very well for them and for us.

The culmination was a project that maintained focus and momentum, with an end result of which all parties are proud.

The design merges traditional and contemporary aesthetics into a modern, eclectic home. The homeowners especially value the ecologically responsible and meaningful reuse of materials evocative of the area and their memories, and we get to feel good for being a part of it.