Leaving Wiggle-Room in My Budget – Why Is It Important? Remodeling Budgets in the Maryland and Washington D.C. Areas

Leaving Wiggle-Room in My Budget – Why Is It Important? Remodeling Budgets in the Maryland and Washington D.C. Areas

Determining and sticking to a budget for building or remodeling a home requires pulling together a lot of details. It’s important to know how much you can afford, as well as what you want out of your project. What many people may not expect is that it’s also important to pad that budget. When starting out on a home project, even the best-laid plans can take a sharp turn. At Winthorpe, we advise our clients to allow for 10%-20% overage on their budget.

Why? Well, there are a few reasons this makes sense, some more critical than others. If, for example, while shopping for lighting for your dining room remodel you discover a pricey-but-perfect chandelier that you can’t live without, there’s room in your budget to buy it without having to sacrifice in other areas to balance the expense. That smart home system you want just came out with an improved version, but it’s more expensive. If you’ve got wiggle-room in your budget, you can comfortably add that system to your project. Of course, it’s possible to scale back on some areas, like imported tile or high-end appliances, in order to free up funds for other areas. But making those sacrifices is not as satisfying to the overall project as having the money already set aside for just such discoveries.

In a less-desirable scenario, there may be unpleasant surprises along the way that will require unexpected expenditures. On a recent project, while digging at the corner of a house, we discovered that the footer stopped five feet short of the corner. This was a complete anomaly, and not an accepted building practice, so no one could have anticipated such a strange issue. Before we could proceed with the project, the entire back of the house needed to be underpinned, which added cost and time to the schedule. Because our clients had that extra percentage built into their budget, they were able to absorb that cost without cutting back on anything. It wasn’t how they would have liked to spend that extra bit of their budget, but it saved them from worse consequences, like halting the project completely, and we were able to move forward. 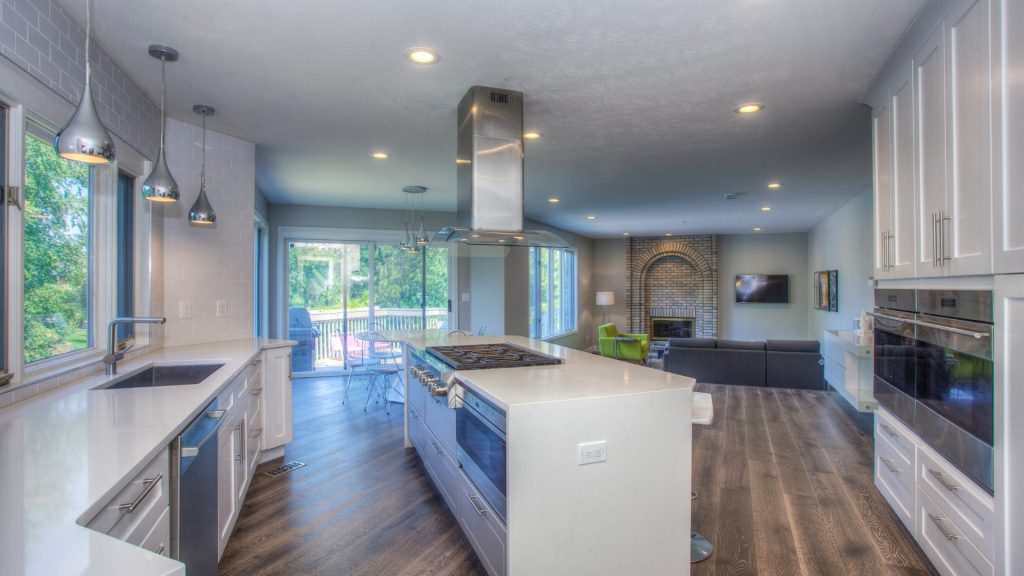 On another recent project, while remodeling and expanding a kitchen, we discovered the roof had rotted and wasn’t salvageable. The best course of action, for the integrity of the remodel, was to replace the roof. It was an unforeseen expense, but with an extra 10%-20% in the budget, such an expense is manageable, both financially and emotionally. The alternative might have been to pause the project or drastically alter the entire plan to accommodate the expense.

In a case where that type of unforeseen challenge uses the entirety of the budget padding, but then you find that perfect chandelier, we’re able to help you make some intelligent choices to save money and still get the finished product you desire in the long run. You can substitute more affordable options right now with the intent to replace them with the better version in a year or two. (It’s not a good idea to install a cheap HVAC system or water heater with the intent to upgrade, as they’re rife with problems and will cost more immediately. Better to spend the money on quality mechanical equipment up front and save in other areas that are easily replaced later.) If your heart is set on designer plumbing fixtures priced in the thousands, you can spend mere hundreds on box-store fixtures for the interim, and then upgrade in a couple of years. Plumbing fixtures and lighting fixtures are easy to swap out for upgrades down the road, making them a wonderful area to save some money up front.

If your house is older and could suffer from some undesirable, hidden problems, or if you know you’re likely to suddenly go ga-ga for a hot-tub that wasn’t part of your original budget, adding 10%-20% to your finances can be the difference between a good experience and a great one.