Feeling the chill of winter creeping in? It’s that time of the year again! The leaves are falling, days are shorter, and temperatures are dropping. But there’s no need to fret, even as 2020 draws to a close. If there’s one thing to love about this time of the year, it’s that we get to stay comfy inside.

Now’s the time to break out your fluffiest socks, brew up a warm cup of tea, and prop your feet up in front of the fireplace. Because nothing lights up a dark day quite like a cozy fire blazing in the hearth!

But what’s better than a fireplace? At Winthorpe, we have the answer: a double-sided fireplace! These flaming beauties are more than just an eye-catching statement piece in your home. They’re also a stunning architectural feature, a simple and elegant room divider, and an efficient way to heat two spaces at once.

And if you need a few more reasons, we’ve got those too. Read on!

The double-sided fireplace works in two ways. If you have an open-concept living space, you may find that it lacks definition; for example, maybe it’s a bit difficult to distinguish the foyer from the living room, the living room from the kitchen, and so on. If this is the case, a double-sided fireplace is a perfect way to break up an otherwise meandering floor plan. It gives the impression of separation without isolating or closing the ‘room’ off from the rest of the space. 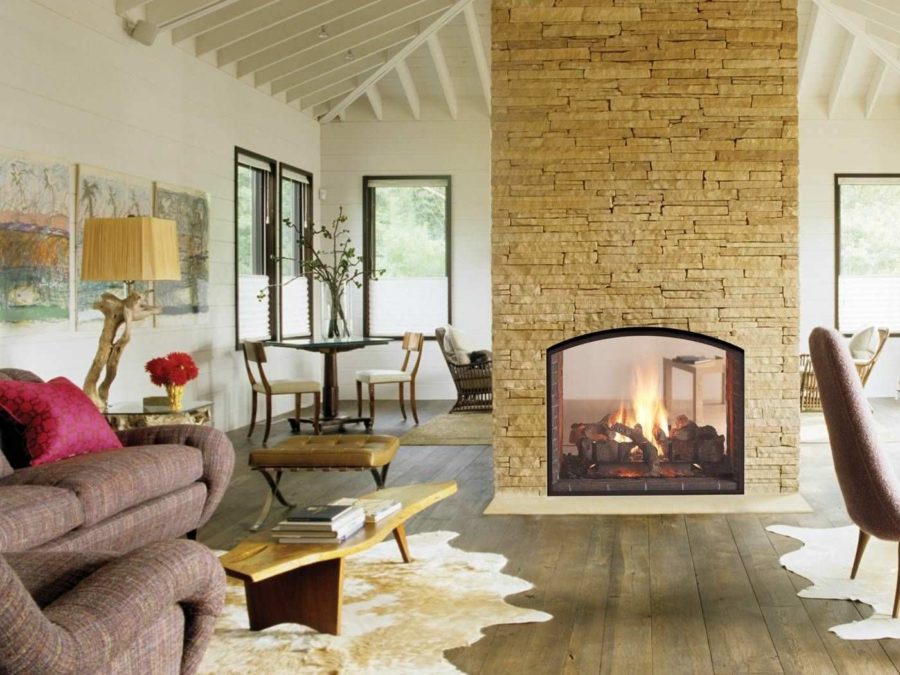 Conversely, if you have a segmented floorplan with rooms broken up by walls and doors, a double-sided fireplace might be just the thing to tie it all together. A double-sided fireplace built into a dividing wall offers a peep between rooms. This helps to create a bright, airy effect without losing the privacy of two enclosed spaces.

Let There Be Light!

This so-called ‘airy effect’ allows light to flow easily between adjoining spaces. Whether it’s sunlight streaming through the glass-enclosed hearth or the glow of embers, both rooms benefit from the illumination of a single fireplace.

If you’re a fan of fireplaces already and want to have one installed, you may be better off electing for a double-sided unit. Not only can you heat more efficiently, but you’re reaping the benefits when it comes to both installation and maintenance. It’s much simpler to install a double-sided fireplace than two single-sided fireplaces, just as it’s much easier to clean one double unit than two single units.

Because installing a fireplace also often requires installing a flue and chimney—although not in all cases—the labor to install one double unit is significantly less than two single units. And in almost all cases, fireplaces need regular maintenance to clear out soot and ash and ensure the smoke is safely released upwards. You might say that a double-sided fireplace means twice the heating for half the cleaning! 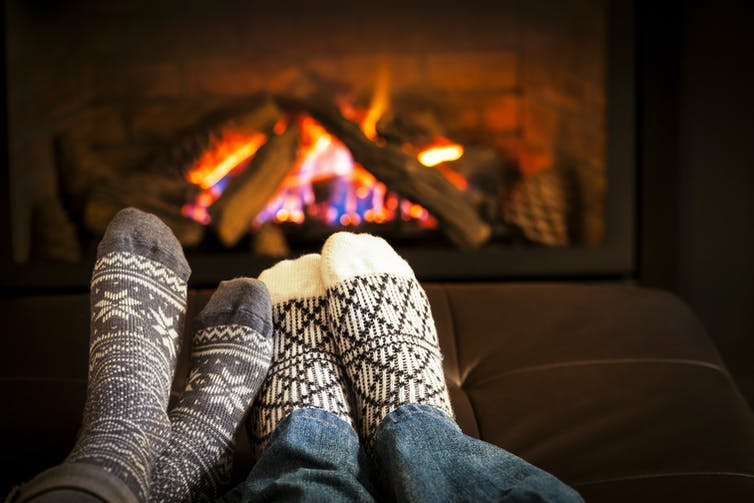 And there are plenty of ways to style your design. You can accentuate it with an elaborate mantle or complement it with a solid base that runs around all four sides. Maybe you like a sleek, flush-mounted unit, or perhaps you would prefer a glass-paned fireplace set into a chunky stone and brick wall. There’s no wrong way to do it, and it’s pretty much a given that your double-sided fireplace will be an elegant, attention-grabbing addition to your home.

At Winthorpe Design & Build, we’re here to help you fulfill your fireplace fantasies. Simply reach out today to find out what’s possible.