Looking for beautiful neighborhoods in Montgomery County? It’s easy to find one!

If you’re thinking of moving there, you’re undoubtedly making a good decision. According to Niche.com,18 out of the 25 best places to live in Maryland are in this county.

Niche.com is a website that ranks neighborhoods and provides report cards to help people find places to live that are a good fit for them. It bases its rankings on the data from various sources including the FBI, the US Department of Education and the Census Bureau.

Below are the top 5 best neighborhoods as ranked by Niche.com: 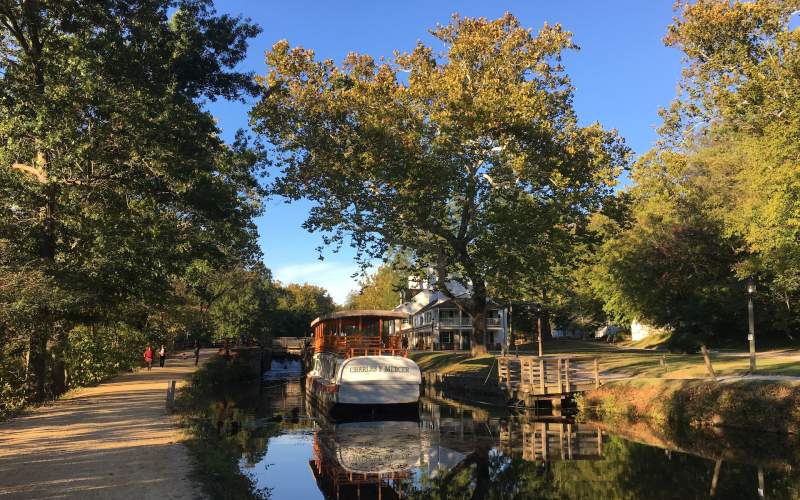 North Potomac takes the first spot in Niche.com’s list. With a population of around 25,000, it’s one of the most affluent communities in the U.S. The suburb was formerly a part of Gaithersberg, but the U.S. Postal Service gave the town its own identity in 1988.

Most houses are single-family homes, but there are also townhomes and condominiums. Majority of the construction in this community took place in the 80s and 90s.

North Potomac is renowned for its great educational system, with its two highly-rated high schools as well as its elementary and middle schools. It’s also minutes away from excellent hospitals like the Shady Grove Medical Center, which earned a five-star rating from the Centers for Medicare and Medicaid Services.

If you love the outdoors, North Potomac has a lot to offer. This town is known for its picturesque rolling hills, which makes it one of the most beautiful neighborhoods in Montgomery County. Potomac River and the C & O Canal (Chesapeake and Ohio Canal) are excellent places for boating or kayaking. Between the river and the canal is a towpath where you can go fishing, biking, or hiking.

You can also find historic places such as the DuFief Mill, Maple Spring Barns, The Pleasant View Historic Site, and the Poplar Grove Baptist Church.

The place is only 5 to 10 minutes away from fine-dining restaurants and highly-rated but cheap eateries. There aren’t many shopping centers in the area, but there are a lot of good options nearby.

South Kensington is a suburb in Maryland with about 8,500 people. It doesn’t have formally established boundaries, but US Census Bureau recognizes it as a census-designated place with a total area of 2.1 square miles.

There is a sparse suburban feel to the suburb, which puts it on the list of the most beautiful neighborhoods in Montgomery County. Most people own their homes and tend to have moderate political views. They are an affluent group with sophisticated preferences and cultural inclinations.

There are several parks dotted throughout the region. A must-visit place, Rock Creek Park, wraps around one side of the neighborhood. This beautiful park stretches around 1,800 acres and includes Lake Needwood and Lake Frank.

If you love the night life, South Kensington might just be the perfect place for you. Niche.com gave this suburb an A rating for nightlife. There are many bars, coffee shops, and restaurants in the area.

If you want more of an urban feel and convenience is a priority, you’ll love North Bethesda. The place is home to around 50,000 people. Many of the residents in North Bethesda are young professionals who tend to be liberal. Most residents rent their homes, but a little less than half own their houses.

The area is also close to two excellent hospitals, the Suburban Hospital (which is part of the Johns Hopkins network) and the Shady Grove Medical Center.

The traffic situation may not be that great in the DC area, but North Bethesda has major thoroughfares which makes life easier. It also offers easy access to public transportation. 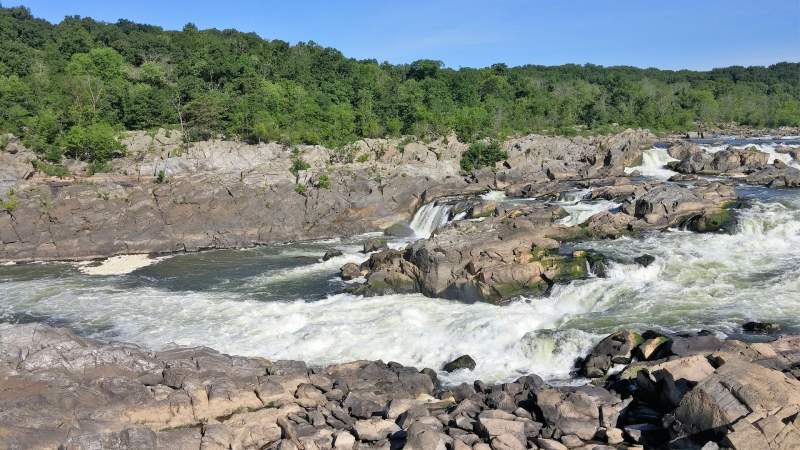 According to an American Community Survey, Potomac is the sixth wealthiest city in the U.S. There are about 46,000 people living in this city, dubbed as the “Beverly Hills of Montgomery County.” It’s also the 7th most educated small town in the U.S. based on the number of people who earned postgraduate degrees. It also has highly-rated public schools.

The city is mainly a suburban community with rolling hills, big houses. and spacious lawns. If you want a place where you can relax and escape the hustle and bustle of urban life, you’d want to build your home or buy a house in this area.

The city is bordered to the west by the Potomac River where it got its name. If you love nature, you can visit the Great Falls National Park, which offers spectacular views. You can go hiking, biking, fishing, kayaking at the Potomac River and the C & O Canal. If you like rock walking, you can explore the Billy Goat Trail along the Potomac River.

Since the population is sparse in the city, there are no large businesses in the area. There are fewer dining options and no restaurant chains. But there are some independently-owned restaurants that serve good food such as Lahinch Tavern and Grill, Grilled Oyster Co., and the Old Angler’s Inn.

There are no hospitals in Potomac. However, there are good hospitals within a 20-minute drive such as Shady Grove Medical Center, National Institutes of Health (NIH), and Sibley Memorial Hospital (which is part of the Johns Hopkins system). 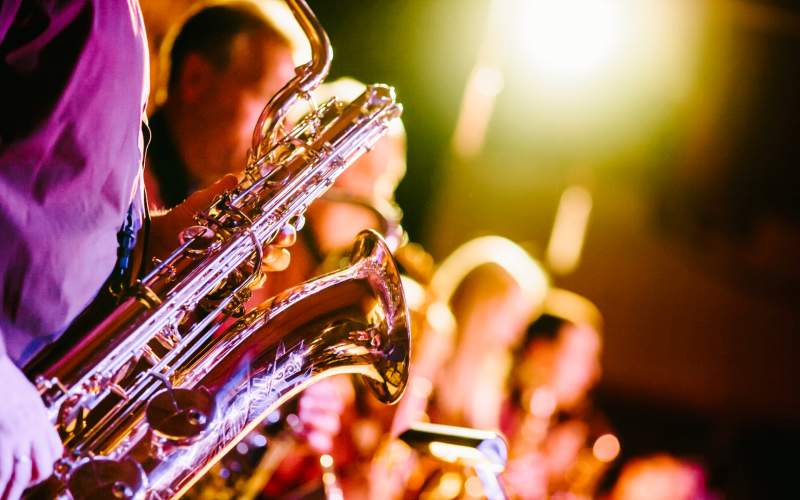 Taking the 5th spot in Niche.com’s list of best places to live in Maryland is Bethesda, a census-designated place located in southern Montgomery County. It has a population of about 68,000. This thriving urban center is home to many restaurants, shopping centers, and art venues.

Aside from being one of the most beautiful neighborhoods in Montgomery County, Bethesda is also one of the most convenient areas. It shares a border with Washington DC so it’s easy to commute in and out of DC. Because the area is predominantly urban, it can get congested at times. However, the public transportation is great (there are three Metro stops) and there are large commuter routes.

Real estate in Bethesda is the most expensive in the whole county. There is a wide variety of housing options – townhomes, condos, luxury condos, and single-family homes. Many of the single-family homes were constructed in the ‘30s and ‘40s, when its residents migrated from Washington DC. However, most of these houses have been remodeled or renovated.

There are many talented and inspiring artists in the Arts and Entertainment District. To enjoy the best sights and sounds that Bethesda can offer, you can visit art venues like the Bethesda Blues and Jazz Club and the Strathmore. If you’re looking to feast your eyes on creative visuals, there are many unique galleries, public art, and art events in the district.

Bethesda dining is the best in Montgomery County. There are a ton of choices, from fine dining to international cuisine to fusion. There are also plenty of delicious but cheap eats! The area is also a shopper’s dream. You can find boutique shops and luxury clothing brands. Want to buy the latest gadgets? There are two Apple stores in the area.

For bowling enthusiasts, there’s the Lucky Strike bowling alley at the Montgomery Mall.

If you’re a nature buff, you can go hiking or biking along the Capital Crescent Trail, which stretches from Bethesda to Georgetown, Washington DC. You can also visit the nearby Rock Creek Park and soak in the beauty of nature. There’s also easy access to the Potomac River, where you can enjoy the spectacular view of the Great Falls.

Aside from these 5 beautiful neighborhoods in Montgomery County, there are other places you can explore so you can choose where to stay. No matter where you decide to live, there’s always a place that fits your lifestyle and preferences.

If you’re thinking of building a home in Montgomery County, Winthorpe is here to help. Whether you’re building a new home from scratch or renovating an old home, we’ll provide you with the assistance and guidance you need to build the house of your dreams. Call us today.